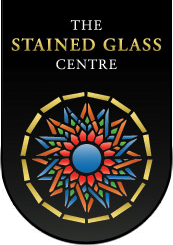 There can be no more thrilling or appropriate location for the Stained Glass Centre than York. Throughout the world, only a handful of institutions are devoted to the glories and pleasures of stained glass, and none is in a city of such significance to the history of stained and painted glass as York. Here is its natural home.

Supported by the resources of the surrounding regions of North and East Yorkshire, York has a matchless, 800-year old tradition of breathtaking glass which is still thoroughly alive and flourishing in the 21st century, and an even longer tradition in many of the other crafts and skills associated with buildings and the human environment. It can justifiably be said that the city is the museum — it contains the greatest part of Britain’s surviving ancient glass, and a superb resource of splendid craftwork — and the Stained Glass Centre is the place to begin understanding and appreciating its glories.

There is no better place than York and its region in which to see the wonders of stained glass brought to life in the context of thrilling modern design, manufacture and conservation.